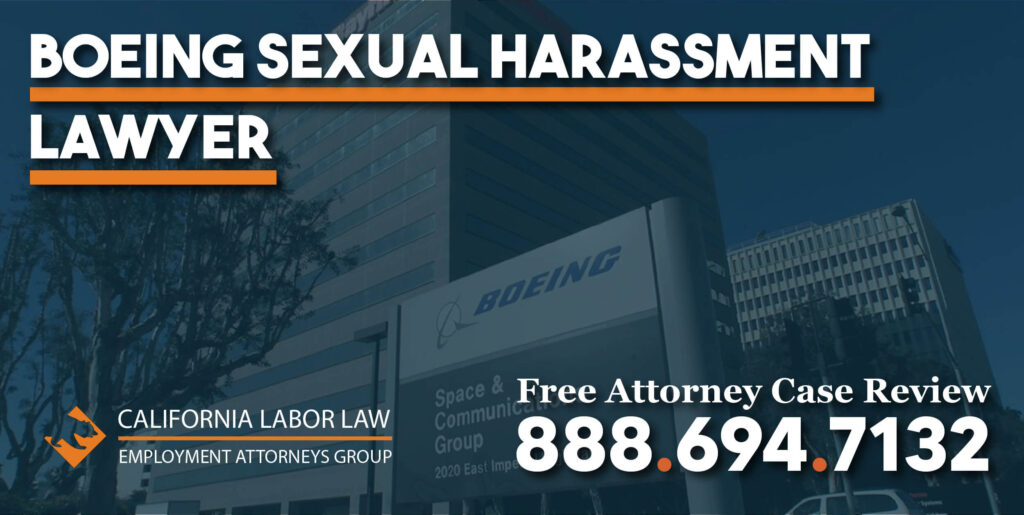 There are many ways in which you can be sexually harassed while working at Boeing. The office atmosphere is generally the same as anywhere else, and there are many people who do not act appropriately. You could be mistreated, targeted, discriminated against, and more simply for your choice of dress, for example, and you could be on the receiving end of relentless sexual harassment. Our Boeing sexual harassment lawyers in Los Angeles have worked with many victims throughout the years, and we know the best methods for success with such cases. The California Labor Law Employment Attorneys Group is consistently ranked as one of the most effective law groups in the state. If you are in need of a lawyer with experience in Boeing sexual harassment cases, or if you wish to file a Boeing wrongful termination and sexual harassment lawsuit, call our firm today.

Sexual harassment is the unwelcome advances of a sexual nature. They do not have to be based in sexual desire; they can be based on gender, perceived sex, orientation, marriage, childbirth, and more. There is also no need for the harassment to be nonconsensual, or even for it to directly happen to you.

Hostile workplace environment harassment is generally any sexual harassment that occurs between workers. You could be violated in a number of ways, or you could simply witness the harassment occur. If you were a victim in the past, this situation could trigger a panic attack or PTSD episode, which would cause you to suffer. Whether a supervisor or coworker at Boeing creates a hostile work environment, you should speak with a workplace sexual harassment lawyer to determine the best course of action to proceed.

There is another form of sexual harassment that is based on a manager or supervisor proposing employment or promotions in exchange for sexual favors. This is known as quid pro quo harassment, or harassment that involves an exchange of “something for something.” There must be a power imbalance present between you and the harasser; he must be able to negatively impact your job status. He could demote you to a different position, deny you vacation time and sick requests, remove your insurance benefits, blacklist you within and outside of the company, cut your hours, reduce your pay or salary, and much more. If a manager or supervisor at Boeing sexually harassed you, don’t hesitate to sue Boeing for sexual harassment.

Be aware that many managers, bosses, and companies will engage in retaliation against you if you try to take action. If someone from Boeing harasses you and retaliates against you, your job may be in danger. In the event that a boss or other worker from Boeing wrongfully and illegally fired you after you reported sexual harassment, you should speak with a Boeing wrongful termination lawyer. Our Boeing discrimination attorneys will be able to assist you with a claim.

How can I identify sexual harassment?

If you were sexually harassed by Boeing or someone working at Boeing in any way, reach out to a Boeing workplace sexual harassment attorney. We will look over your case and determine how to move forward. You shouldn’t be treated without a regard for your humanity, and you should be respected at the workplace.

How can I file a Sexual Harassment Lawsuit Against Boeing?

To file a Boeing sexual harassment lawsuit, you will need to get as much evidence as you can of the harassment and wrongdoing. Of course, this may be difficult if you were fired or if you were removed from the premises. We recommend following these steps:

How much is a sexual harassment claim against Boeing worth?

We will do everything we can to win you the following damages:

A California sexual harassment attorney for Boeing employees will work around the clock to bring you every penny you need. Call us today to get started on your claim.

If you need to find a law firm representing victims of sexual harassment against Boeing, you have come to the right location. The California Labor Law Employment Attorneys Group is well known for its highly skilled and highly rated attorneys. We are one of the top firms in the area, and our history of success speaks for itself. Our aggressive lawyers will stop at nothing to win you the damages you deserve, even if it means going to court to defend your rights in front of a jury and judge.

For a free legal consultation, call our law offices today. All consultations are confidential – none of your private details or case information will be shared anywhere else. We will gladly talk with you about the case, the value of your claim, what you can expect if you move forward, and more. If you wish to hire us for our services, we will not charge you any money throughout the case. We will only get paid if we win, and if we lose, we take no payment at all.

Get in touch with the California Labor Law Employment Attorneys Group to sue Boeing for sexual harassment. 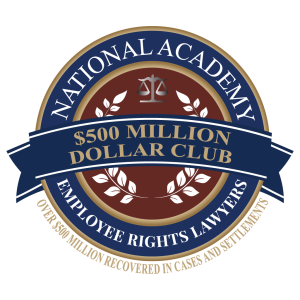