We all want a healthy mind, body, and soul. If one of these areas is encroached upon or damaged, what do we do? If our body seems sluggish, and we feel out of shape, we work on our nutrition and engage in physical activity. If our mind is cluttered, and we are stressed, we take time to ourselves to mentally detoxify and focus on ourselves. If we are feeling down and unable to lift our spirits, we treat ourselves to some ice cream and a romantic comedy. Living life isn’t about having things stay consistently smooth sailing, it’s about finding remedies and making constant small adjustments to set things right. If you have been sexually assaulted at your workplace, what’s the difference? What is stopping your from seeking an antidote? California Labor Law Employment Attorneys Group believes the best cure is to speak up and fight back via the power of the law.

What Counts as Sexual Harassment?

While there are some more obvious forms of sexual harassment such as rape, sexual molestation, inappropriate touching like if someone groped you, or someone attempting to have sexual relations with you, it’s imperative to know all actions that the definition encompasses. Title VII of the Civil Rights Act applies to companies with 15 or more employees. It prohibits employment discrimination against an individual based on their race, color, religion, sex, or national origin. The Equal Employment Opportunity Commission (EEOC) is a government entity that enforces Federal law. The EEOC regards sexual harassment as a form of sex discrimination under Title VII of the Civil Rights Act.

Sexual harassment is defined as unwanted sexual behavior verbal, physical, written, non verbal, or visual that explicitly or implicitly affects someone’s employment; interferes with their work performance; or creates an intimidating, hostile, or offensive work environment. Situations where someone sent you inappropriate pictures or made you uncomfortable with sexually explicit objects are other examples of sexual harassment that may be less obvious.

A few false conceptions of sexual harassment in the work place are that it always occurs between a supervisor or manager and an employee of lower rank; that women are the only victims; that it must occur between only opposite sex coworkers; and that the victim is always the one being directly harassed. The truth is, any employee of any status can be sexually harassed by any other employee, or for that fact non-employee, of any status; gender is irrelevant; and anyone that is affected by the sexual conduct regardless if it is directed at them can be a victim of sexual assault.

Some key aspects that constitute sexual harassment are that it must be unwelcomed and it must be either severe or pervasive. While isolated instances of sexual conduct usually don’t constitute a lawsuit, any particularly severe and serious action may count as sexual harassment. Smaller forms of sexual conduct are pervasive if they continuously happen over time to have a negative effect on the workplace. There are two ways to categorize sexual harassment: quid pro quo or hostile environment. Quid pro quo is when the submission or refusal of sexual favors determines an employment related action. The most common form of quid pro quo is proposing employment or promotions in exchange for sexual favors. A hostile environment is when the workplace has become offensive, oppressive, intimidating, or abusive due to sexual conduct. 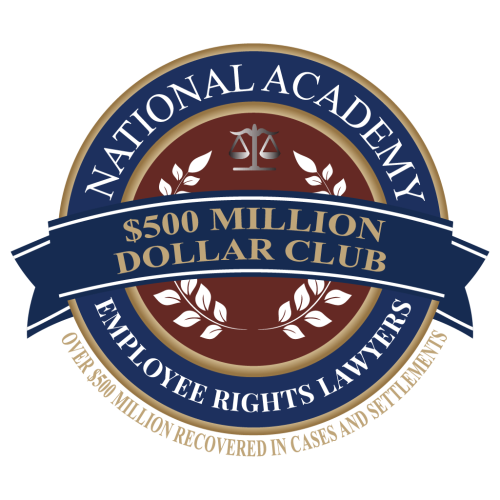 These are a stand up group of Employment lawyers. They are transparent, honest, and direct. They have been helpful to me even after my business was done. Thank you guys.