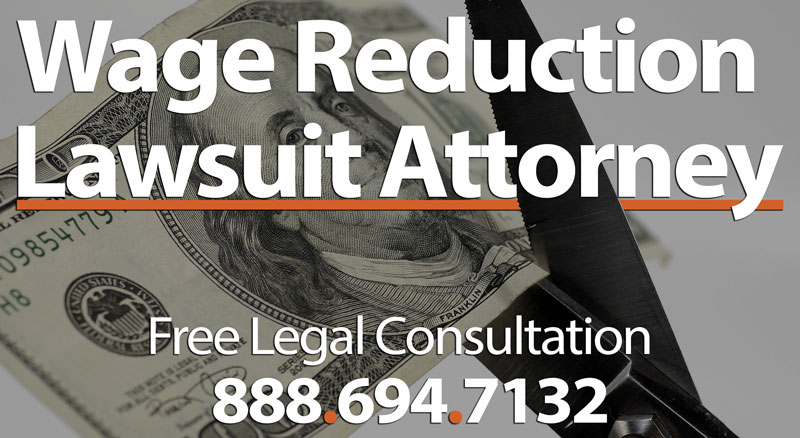 Your employer is obliged to pay you the wages for which you worked. If you believe that the film studio company you work for has withheld wages from you, you deserve restitution for your employer’s disregard for the law. The California Labor Law Employment Attorneys Group is here to assure that your employer pays for breaking the law and that you get the compensation to which you are entitled.

We trade our time and our labor for wages. How much of our time we offer and how much money we get reimbursed for our labor depends entirely on your occupation and the rate to which you and your employer agreed. But one thing is certain, and that is that your employer must pay you at your regular rate of pay for all of the non-overtime hours that you worked. And, if you also worked overtime hours, your employer is legally obliged to pay you for those overtime hours at the premium overtime rate.

If your employer has withheld money from your paycheck for illegal reasons, you have the right to file a legal claim against your employer to collect the money you are owed along with interest under the state or federal wage and hour laws written to protect employees from unlawful employer action.

Film studio companies are no exception to that law. Studios like, Warner Bros.,  20th Century Fox,  Universal Studios, Walk Disney Co., Disney, Paramount, and Sony Pictures are all under the same laws as all employers. They are supposed to pay you both your regular and overtime wages if you are a non-exempt employee. But because there is this stigma of staying late because “you love what you do,” some film companies believe they can get away with not paying their employees.

If you have reason to suspect that your employer has withheld wages from you, you have to contact an employment lawyer who understands the wage laws so that you have an expert team behind you who can get you the compensation you deserve for your employer’s illegal actions. The California Labor Law Employment Attorneys Group is your employment law firm in Los Angeles and can help mount a wage claim lawsuit against your employer.

Do You Have a Wage Claim?

At the very least, employers are legally obligated to pay all of their employees the minimum wage. This means that employees have to get paid the federal minimum wage, or the state/local minimum wage if the state’s is above the federal minimum wage. If an employer and employee agree to a rate that is higher than the minimum wage (as is the case when employees sign a contract), the employer is obliged to stick to that rate. If an employer fails to adhere to the laws or contracts which were written, then the employee has the right to file a legal claim for damages against their employer. For example, if you are a production assistant in charge of making sure the food table is always full and at the end of the project you do not get paid all of the hours you put in, you have the right to file a suit against the film company.

You may have a claim for unpaid wages if your employer has not paid you:

If your employer has failed to pay you the minimum wage (either federally or at the state/local level), the employee has the grounds to file a claim against their employer.

What Damages are Available to Me

The amount of money which is available to you in a wage claim lawsuit, or any other kind of lawsuit in which an employer has wronged you, is called “damages.” There are several types of damages which may be available to you if you file a wages lawsuit against your film studio employer.

What Should I Do If My Employer Is Breaking the Law?

If you have reason to believe that your employer has broken the law, your first step should be to fix the issue internally: bring up your concern with HR.  More often than not, your lost wages are the result of human error, and your HR department can quickly recover the lost wages in order to avoid a lawsuit.

If your employer does not listen to your complaint, your next move is to consult an employment lawyer. In many states, employees have the right to pursue their lost wages by filing a wage claim with the state’s labor department. But this step is not necessary, if you want to take your employer directly to court, you have that option as well. A competent attorney should tell you whether it makes financial sense to whether pursue your employer in court or not.

The California Labor Law Employment Attorneys Group is here to ensure that justice is served. We offer free consultation to all of our clients because we believe that you should know everything there is to know about your rights. We also offer the zero-fee guarantee, which means you will not pay a cent unless we can prove your case and get you the compensation you deserve. If you believe that the film studio company which you work for has illegally withheld regular or overtime wages from your paycheck, give us a call today. We will get fight for your rights and get you the compensation you deserve.